FIND Other Singles In
Texas 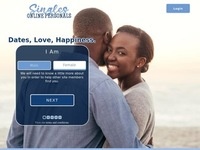 Meet In The Real World 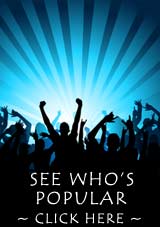 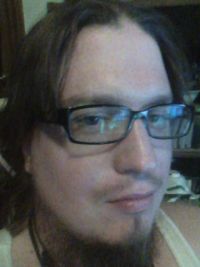 Other places to find me:

Looking for a nerd, to talk nerdy with I am a random minded funny laid back Gamer and Audiophile, and like to joke around. I am a student, but in my free time I try to learn German. I majored Engineering. I like to play video games of course. I have every Gameboy system released in America and NES to Wii. I also have PS2, had a dreamcast, and intellivision. Mostly I do things in a 'it is in my head now' sort of way. I don't usually plan things out but go for a 'shot from the hip approach'. I will eat anything, and used to cook for myself. I don't now just because of classes, but when I did I knew the taste of every ingredient. I would used that taste memory to made my meals from scratch. I will warn yall also I love sauerkraut. I listen to varying forms of rock music but not all of it is in english. And my taste are more into heavy fast pace music. I seem to have acculated a lot of obscure groups too. My favorite right now is folk metal. I love watching slient films just because I think alot of them are better than the ones today. but I would also watch a well done "speaky" As for religion, I have my own beliefs, but for now I will say it is nature based, sort of druidic. I am shy in RL and take a while to warm up to someone, but online I am more conformable to talk on. I prefer to write things out whether than speaking. But in person I will talk about anything that in my head despite relevance, and will slip word jokes in to keep you on your toes. I also am a cuddly sort of guy too, but I might stay in my own personal space till I know ya. Let me say I think Australia is cool. I want to go there. Here is a random fact too I like Cephalopods, and the coolest ones seem to been in the Australian waters. if you want to know more just email me, or look at my other profiles, I tried to split them up over relevance

About Me  (My Interests / Hobbies / Groups)

About My Match  (What I'm looking for)

Hobbies & Interests
comic books, computers, cosplay, internet, killing zombies, manga, music, video games
Have Kids
no - maybe with the right person, no - definitely want them though
Do they smoke?
no - will not date a smoker
Do they drink?
socially
Personality
geek, intellectual, introvert, nerd, pirate, romantic, extrovert
Drugs
never
Gender
Female, Male, Not Sure, Transgender

No Favorite Websites added yet.

No Favorites / Friends Added Yet

No Favorite Books added yet.

No Favorite video games added yet.

If you see spam, fake information, nonsense information, offensive information or an empty profile, please click the button below and enter your reason for reporting this profile. It will be reviewed promptly.
Note: Reporting Tool Only Visible To Logged In Members